Several media outlets have described a sustained (circa two years) hacking attempt against Apple iPhone users.  Hijacked websites were used as indiscriminate watering holes to exploit one or more of 14 vulnerabilities (including a zero day) discovered in the iPhone web browser, kernal and sandbox security mechanism.

The hack has been documented by Google's Threat Analytics Group (TAG) and recently blogged by their Project Zero security initiative.  They have not released the detail of the watering hole websites.  They have described how they notified Apple of the flaws in February this year and an emergency patch was released within 7 days to close the flaws.  The vulnerabilities exist on Apple iPhone models up to iPhone X and the current version of iOS 12.  The exploits were used to deploy an implant designed to:

·         Access users keychain (all your stored and auto-filled passwords)

If you have installed the iOS 12.1.4 patch on 7 February 2019, then you have closed the main vulnerability.  You should consider changing passwords accessing your most sensitive services in case your existing passwords have already been stolen from your key-chain.  Also, look out for the three key areas that your phone has been compromised:

1.       Marked and sudden decrease in battery life (not just because your phone is old or you have increased use of rich data services).  Also, look for slow, sluggish performance.

2.       Unexpected behaviour such as high data usage, or outgoing calls or texts you didn’t send or mystery pop-ups.

3.       Unusual activity on any accounts linked to the device

For further information and additional guidance, then please visit.... https://www.infosec.ox.ac.uk/secure-my-mobile-devices 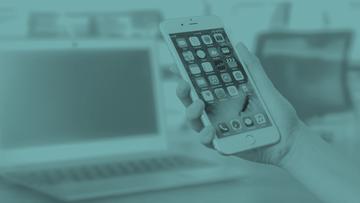